Anderson Silva pulls off a miracle against Chael Sonnen 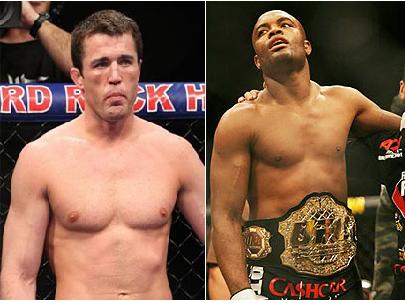 Anderson Silva faced by far the toughest test of his UFC career as Chael Sonnen used his wrestling game to dominate the champion. Silva was even rocked on the feet a few times in punching exchanges. While Sonnen was clearly winning the fight by getting takedowns and being on top landing short punches Silva was still cutting him up with elbows from the bottom.

Heading into the fifth Silva needed to finish the fight for any chance to win the fight but slipped in a punching exchange and was caught underneath Sonnen yet again. Sonnen got sloppy and Anderson slipped a leg around his neck and sunk in a triangle choke. With the choke locked in, Silva transitioned to an armbar and Sonnen tapped out. Sonnen had, no doubt, won every round up until that point and I had even given round 1 to Sonnen 10-8.

Silva showed the heart of a champion and the finishing skills that make him the best in the world. Sonnen proved that he actually deserved to be in the cage with the world’s best fighter by never backing down and dominating the fight until the final submission.

The comeback by Brock Lesnar against Shane Carwin has serious competition for comeback of the year with this one.

This entry was posted on Wednesday, August 11th, 2010 at 1:51 am and is filed under MMA, Sports. You can follow any responses to this entry through the RSS 2.0 feed. You can leave a response, or trackback from your own site.

Leave a Reply to Oishi