Apple’s iPad 2 is thinner, lighter, and faster than the original, but is it different enough from last year’s model to entice new customers?

That’s the big question. Apple sold more than 15 million iPads in 2010. But, when Apple introduced the new iPad 2, some people are disappointed that latest version was still missing key features and isn’t much different from its predecessor. The device goes on sale in the U.S. on March 11. 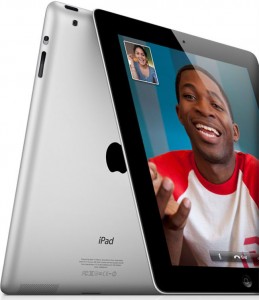 Is there enough change to warrant an upgrade?  What if your a new customer is the IPad 2 worth the money or do I save $100 and buy the newly reduced price Ipad? I’ll admit, I am torn.

The obvious reason to buy the first iPad over the iPad 2 is the cost. Apple just reduced the price of the older version of the iPad by $100. This means the least expensive 16GB Wi-Fi only iPad is now $399 instead of $499. And if you get a refurbished iPad through Apple’s site, the price goes down $349. (If you’re willing to get a used iPad elsewhere, you may even be able to get a cheaper price as many people will be looking to upgrade.)

In terms of the design and function of the iPad 2, it’s not much different from the older iPad. It’s about 33 percent thinner and lighter. It comes with front-facing and back-facing cameras that can be used for video conferencing. The older iPad doesn’t have any cameras.

The new version of the iPad does use a faster dual-core processor and it has upgraded graphics inside that will supposedly make the graphics nine times faster. But I never heard complaints in this regard.

If you don’t need or want the video chat capability, and the weight or size of the older iPad doesn’t bother you, I can see why you’d consider getting it instead of the iPad 2. I’m pretty cheap. And the $499 price tag of the cheapest iPad is a lot of money for me to spend on a gadget that is more of a “want” than a “need.”

Lets play devils advocate and take a different perspective on this situation.

The first reason is making sure your device is compatible with future applications. New apps developed for the iPad will make use of the newer hardware, which means that these apps may not work at all on the older iPad. Something similar happened when Apple improved the guts of the iPhone. There are certain application functions that can run on the iPhone 3GS and iPhone 4 that can’t run on the original iPhone and iPhone 3G.  Apple has a nasty habit of leaving out older hardware from future software updates. Apple did this when it moved to iOS 4 from iOS 3.

This app compatibility issue may be even more important when the next version of iOS comes out. iOS 5 could add something to the software code that will allow new multi-core threaded apps to make use of both processor cores at once, which could result in some very interesting applications.

There’s also the issue of load time, who wouldn’t want an iPad that can load apps, and switch between them faster?

So if your not going to buy another iPad on a yearly basis, then it could make more sense to invest a little bit more now to make sure you’re not completely left out when the next version comes out.

The bottom line really comes down to how much you’re willing to spend on a tablet now. If you want to keep this device for a while, you might want to think of this more as an investment and consider ponying up the extra $100 for the iPad 2. But if you’re priority is to get the lowest possible price on a tablet, the original iPad, either new or refurbished, may be a good option for you.

This entry was posted on Monday, March 7th, 2011 at 12:58 am and is filed under Tech.. You can follow any responses to this entry through the RSS 2.0 feed. You can leave a response, or trackback from your own site.