Your friendly neighbourhood Spider-Man gets rebooted. First image of Andrew Garfield as Spidey has arrived online and you can take a look below. 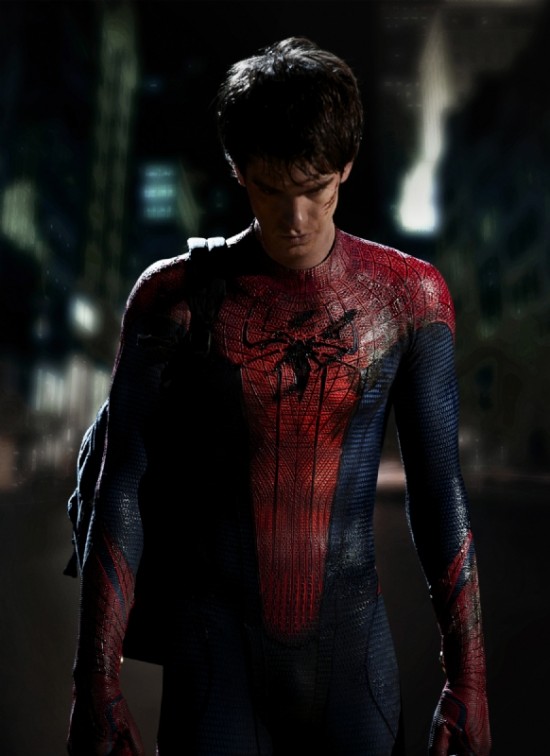 “Friendly” might not be the best word to describe the tone of the image, which looks to focus on the darker side of Peter Parker’s world: Garfield’s Spider-Man here looks bloody, and bloody miserable. As long as there are no dance scenes, we’re happy.

And though it’s just one still, Garfield certainly looks the part as Peter Parker in this first official Spider-image.  It also appears that Marc Webb and co have tinkered with the logo, which make sense since the new Spidey team would naturally want to stamp a new identity on the superhero.

With Emma Stone, Rhys Ifans, Martin Sheen, Sally Field, Denis Leary, Julianne Nicholson, Campbell Scott, Irrfan Khan, Annie Parisse and more in the cast, the new Spider-Man (or whatever it ends up being called/subtitled) will swing into cinemas on July 4 next year.

Tags: New Movies, Spider-Man
This entry was posted on Saturday, January 15th, 2011 at 12:39 am and is filed under Random. You can follow any responses to this entry through the RSS 2.0 feed. You can leave a response, or trackback from your own site.