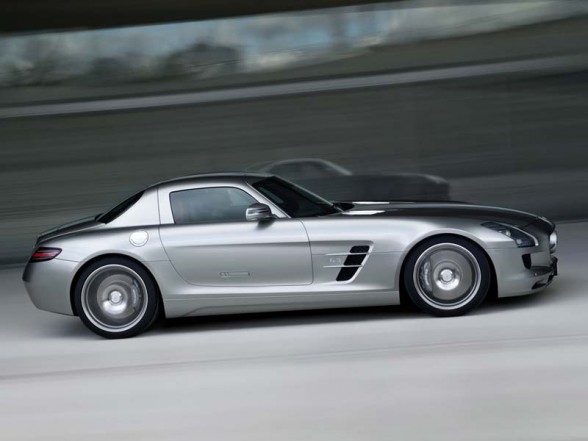 A 37 year-old Swedish man who was caught driving his Mercedes SLS at a peed of 186 mph along the A12 highway stretching between Swiss Bern and Lausanne last Friday, may be fined the world’s biggest recorded speeding fine of over $1 million.

According to Swiss police, this is the fastest vehicle ever caught on the highway in Switzerland. Several cameras could not detect the speed of the luxurious limousine because their radar guns stop working at 125 mph.

Motorway fines in Switzerland are calculated based on the driver’s income and by how many miles he or she exceeded the maximum speed limit.

The previous biggest speeding offender was 44-year-old Anssi Vanjoki, executive vice president of mobile giant Nokia. In 2001 he was made to pay almost $150,000 after driving his motorbike 47 mph in a 30 mph zone in Helsinki.

This entry was posted on Friday, August 20th, 2010 at 4:16 am and is filed under Motorsports. You can follow any responses to this entry through the RSS 2.0 feed. You can leave a response, or trackback from your own site.