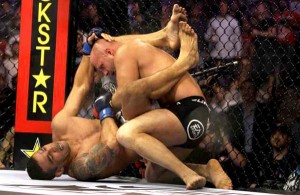 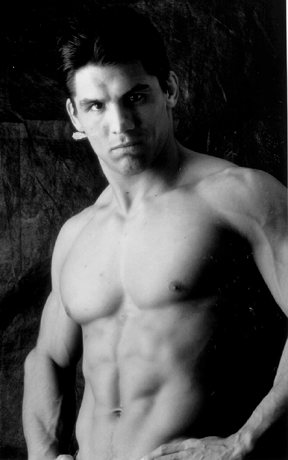 Saturday night’s Strikeforce event in San Jose saw one MMA legend fall (Fedor Emelianenko), while another announced that he was hanging up the gloves for good after a career that spanned 15 years and a record of  23 – 10 – 2. At 37 years old, an emotional Frank Shamrock declared that his time as a fighter had reached its end. “I’m 37 years old now, and my time has come,” he said Saturday. “The stars like Gilbert Melendez and Cristiane ‘Cyborg,’ they’re the future and I am the past. Tonight I announce my retirement. This will be the last time I walk into this cage as a fighter. It was an honor to bleed for you,” he said, “to break my bones for you and to entertain you.” Frank explained in an interview earlier this week that since his fight with Nick Diaz over a year ago, he hasn’t been the same.

Frank Shamrock: It was just my body and the time. I put the machine back in the shop and ramped it up and it just didn’t perform. The last time in my fight with Nick – it used to be that it didn’t matter how hurt I was going into a fight, I always performed. When I fought Nick I didn’t perform. I had injuries that wouldn’t allow me to play my game and to entertain. So I knew when I tried to put my body to work again, it’s done. The machine’s down. I just can’t race it any more.

EvilStar would like to thank Frank for years of incredible fights and wish him luck in life and all his future endeavors.