Directors of Top Gun and Gladiator – Brothers Tony and Ridley Scott are working together on a new television series, called “The Drivers,” It will focus on 1950s and 1960s Le Mans racing. They have also bought the rights to Wallace Wyss’ book ‘Shelby: The Man, The Cars, The Legend’. 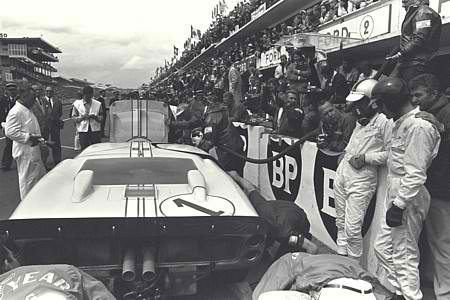 In a statement, Ridley Scott said: “I grew up in the north of England at a time when Stirling Moss was a hero. Everyone wanted to be a racing driver.”

“This is a hugely ambitious project and a once-in-a-lifetime opportunity to tell the story of these iconic and legendary men who risked everything to win at Le Mans. It’s an epic story of courage and ambition and a history of racing which has never been told on such a grand scale,” he added.

This promises to be good and we can’t wait. If there’s one thing America has lacked for too long, is to break out of its NASCAR shell with a compelling form of popular entertainment centered on cars that doesn’t involve Miller Lite, cartoons, or “rice.” 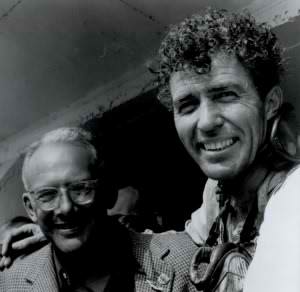 With larger-than-life drivers like Carroll Shelby, Jim Clark, John Fitch, Sterling Moss, Phil Hill, and many more to draw on, not to mention the worst catastrophe in racing history in the 1955 Le Mans crash sparked by an unfortunate confluence of events between Mike Hawthorn, Pierre Levegh, and Lance Macklin with Juan Manuel Fangio close behind, there’s no shortage of material to work with.

It’s Mad Men with added testosterone and oversteer – you want to watch this. To paraphrase Maverick, ‘we feel the need, the need, for speed’. And so forth.  Release date, show spot & further details remain under raps. Be assured that we’ll keep you posted as the series progresses toward air.

This entry was posted on Tuesday, February 1st, 2011 at 4:26 am and is filed under Motorsports, Sports. You can follow any responses to this entry through the RSS 2.0 feed. You can leave a response, or trackback from your own site.