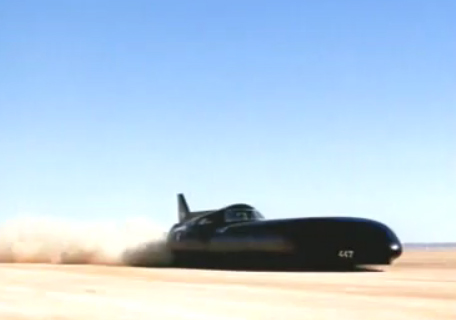 We are taking it back a bit, about a decade, to the year 2000 when BMW decided to introduce an even better and faster sports sedan known as the (E39 body style) M5. Over the years the M5 has evolved from its historic roots recently sporting a naturally aspirated V8 producing 400hp and the outgoing, but infamous, high-revving V10 that produced 500hp. Now upon the horizon we see evidence of a twin turbo V8 with about 600hp (rumored 2012 BMW M5). The video below is just one moment in time where we all became bug-eyed from BMW’s 400hp V8 powerplant in one of the most sought-after sports sedans on the planet during the early 2000’s. The video below is an epic car commercial, one of the best around, of the E39 BMW M5. Enjoy!

This entry was posted on Monday, November 8th, 2010 at 12:14 am and is filed under Random, Videos. You can follow any responses to this entry through the RSS 2.0 feed. You can leave a response, or trackback from your own site.