Top Gear USA has been buzzing around the Interwebz for a while now.  It has been a rocky start for the show to say the lesat. It started in 2005 when Discovery Channel made a pilot of the show featuring actor and IHRA driver Bruno Massel as one of the hosts, but it was not picked up by the network. NBC announced, in January 2008, that it had ordered a pilot for an American version of the show, retitled Sixth Gear.  BBC Worldwide has been contracted to produce the pilot for NBC. 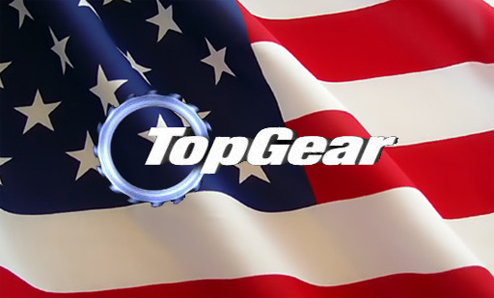 On June 16, 2008, NBC and BBC officially announced an American version of Top Gear, to be hosted by Adam Carolla, Tanner Foust and Eric Stromer.  The studio segments for the pilot were taped on July 26, 2008 to generally favorable reviews citing close following of the UK version’s format.  NBC was expected to have Top Gear premiere as a mid-season replacement in 2009.

On December 11, 2008, NBC reversed its decision to place the show as a mid-season replacement, citing concerns about the potential success of a car-themed show in light of the failure of Knight Rider. NBC allowed the BBC to shop it around to cable networks to possibly pick it up.  In February 2009 Jeremy Clarkson stated that the American version had been “canned”, claiming that focus groups “… just don’t understand a single word we’re on about. They just don’t get it really.”

Jay Leno, who originally turned down offers to host the show, expressed concern over whether or not a show like Top Gear could be successful in America.  In a column published by The Sunday Times, Leno expresses concern that an American version could lack the critical reviews the British version is known for.  The British show is produced for the BBC with public funds while the American show will air on commercial television.  Leno believes that the show may have to worry about offending current and potential sponsors by giving their products poor reviews, leading to a compromise in the journalistic integrity and freedom of the original show.

On August 6, 2010, the first Top Gear trailer was published on the web, giving fans a preview on what to expect on the upcoming episodes to be broadcast on the History Channel. In this trailer, new hosts Adam Ferrara, Tanner Foust, and Rutledge Wood are seen participating in a Moonshine Challenge and Tanner Foust also takes a Dodge Viper for a test drive.

Well finally the first episode aired Sunday evening on the history channel.  The Show has had mixed reviews from Top Gear U.K. fans.  Although it is not as good as the U.K. version and might never be, it shows promise.  The show is enjoyable but still very new. A key factor for the show is the relationship between the host. While Clarkson, Hammond, & May have had years to work on their relatinship our new host have had none and it shows. The First episode felt a little fake and forced.  Over all it needs more polish that time will bring.  Our source told us that what he saw of upcoming episodes will be much better.  We will stand watch with anticipation and delight. We have faith boys do us well.

Tags: First Episode, Review, Top Gear, Top Gear Review, Top Gear UK, Top Gear USA, TV Series
This entry was posted on Tuesday, November 23rd, 2010 at 12:38 am and is filed under Motorsports, Random. You can follow any responses to this entry through the RSS 2.0 feed. You can leave a response, or trackback from your own site.