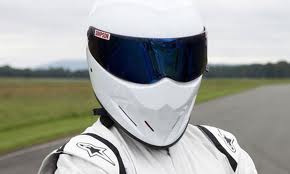 Ben Collins, who was the main person behind Top Gear’s white Stig character until recently, is joining Fifth Gear for at least 5 episodes. He will host segments and in addition perform “Stig-like” challenges.

Sources say that the white Stig may be killed off and replaced with a third Stig.

This entry was posted on Thursday, October 7th, 2010 at 12:26 am and is filed under Motorsports. You can follow any responses to this entry through the RSS 2.0 feed. You can leave a response, or trackback from your own site.