Woman hides 54 bags of heroin and cash in her vagina!!!

After crashing her car Sunday, police said a Scranton woman suspected of burglarizing the Dunmore Inn was found to have a sizeable stash of drugs and money hidden in an unlikely location. 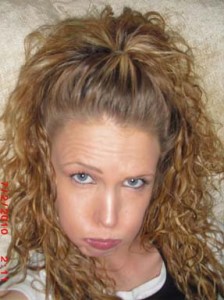 According to a criminal complaint:

After her car was towed, Ms. Mackaliunas was ready to leave the scene of the crash when Officer Cali contacted Officer Baumann and asked for Ms. Mackaliunas to be detained because she was suspected of stealing items from the inn.

After searching her for weapons, Officer Baumann found three bags of heroin in Ms. Mackaliunas’ jacket.

But as the officer drove her to Scranton police headquarters to charge her for drug possession, Officer Baumann noticed Ms. Mackaliunas fidgeting in the backseat of the cruiser.

After a struggle with Officer Baumann during a more thorough search at headquarters, Ms. Mackaliunas asked to speak with Sergeant Michael Mayer and told him she had hidden more heroin in her vagina.

A search of Ms. Mackaliunas by a doctor at Community Medical Center turned up 54 bags of heroin, 31 empty bags used to package heroin, 8.5 prescription pills and $51.22.

This entry was posted on Thursday, March 24th, 2011 at 1:10 am and is filed under Random. You can follow any responses to this entry through the RSS 2.0 feed. You can leave a response, or trackback from your own site.