CBS shuts down “Two and a Half Men” after Charlie Sheen slams bosses.

CBS announced late Thursday it has ended production of the hit comedy “Two and a Half Men” for the season. 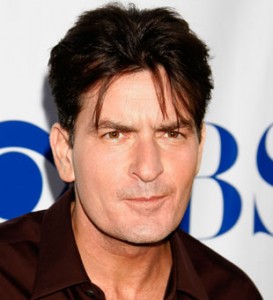 The move came after the show’s star Charlie Sheen’s took to the air waves to slam “Two and a Half Men” creator Chuck Lorre in a rambling, erratic interview on the syndicated radio show “The Alex Jones Show.”

Sheen addressed the suspension of the show in an open letter obtained by TMZ.

“What does this say about [anti-Semitic term referring to Chuck Lorrie] after he tried to use his words to judge and attempt to degrade me. I gracefully ignored this folly for 177 shows,” Sheen writes. “I fire back once and this contaminated little maggot can’t handle my power and can’t handle the truth.

“I wish him nothing but pain in his silly travels especially if they wind up in my octagon. Clearly I have defeated this earthworm with my words — imagine what I would have done with my fire breathing fists. I urge all my beautiful and loyal fans who embraced this show for almost a decade to walk with me side-by-side as we march up the steps of justice to right this unconscionable wrong.” On Thursday Sheen ripped into Lorre on the “Alex Jones Show,” saying that he must have embarrassed him “in front of his children and the world by healing at a pace that his un-evolved mind cannot process.” But Sheen didn’t stop there and went on to call Lorre a “turd” and a “clown” and later used an anti-Semitic term while referring to Lorre’s name. Sheen said he is eager to get back to work but has escalated a very public battle with the producers of the hit comedy.

Later, Sheen apparently challenged Lorrie to a fight. According to the website TMZ, Sheen said, “if he wins, then he can leave MY show.” Sheen told TMZ, ” I violently hate [anti-Semitic term referring to Chuck Lorrie]. He’s a stupid, stupid little man and a p***y punk that I’d never want to be like.”

Sheen told TMZ all wants to do is bring his family together. “That piece of s**t [Lorrie] took money out of my pocket, my family’s pocket and most importantly, my second family-my crew’s pocket.”

Sheen claimed in a recent series of radio interviews since announcing he was entering at-home rehab that he is “100 percent” clean. “Here is your first pee test,” he said to Alex Jones, the “next one goes in your mouth. No, you won’t get high.” In the live interview Sheen also said he has no time for Alcoholic’s Anonymous, saying “I am special and I will never be one of you” and referred to the group as a “bootleg cult” with a success rate of 5 percent. He went on to say “I have a disease? bulls**t! I cured it … with my mind.”

The interview came as the actor left Los Angeles to spend some time in the Bahamas with his ex-wife, Brooke Mueller and his new girlfriend. In the the interview Sheen says Mueller left the vacation early and wished her well in her travels, sarcastically adding that his ex-wife is “going to need it, badly.”

Earlier this week Sheen’s father, actor Martin Sheen, broke his silence about his troubled son. “With prayer, we lift him up and we ask for everyone who cares about him to lift him up,” Martin Sheen said Tuesday night at a movie premiere in London.

This entry was posted on Thursday, February 24th, 2011 at 11:18 pm and is filed under Random. You can follow any responses to this entry through the RSS 2.0 feed. You can leave a response, or trackback from your own site.