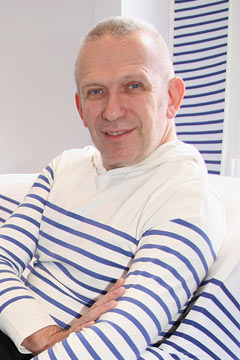 October 7th Fashion week Paris featured Jean Paul Gaultier’s final line with Hermes.  After 7 years as artistic designer for French line Hermes, Gaultier has stepped down to focus on his line. Christophe Lama ire  who served as artist director at Lacoste since 2001 will be replacing Gaultier at Hermes. Although Hermes is sad to see Gaultiers leave the relationship between the two is not completely over.

Gaultier’s made heads turn with his final line with Hermes. Gaultier featured a chic equestrian line in buttery suede’s and calfskin.  Horseback riding in style! His lines and silhouettes were beautiful and genius.  Like the rest of the fashion world, I am sad to see Gaultier leave Hermes, but I am excited to see what Gaultier comes out with his own line. Gaultier we’re ready for you!!!

Tags: Melissa The Great
This entry was posted on Sunday, October 17th, 2010 at 12:29 am and is filed under Fashion. You can follow any responses to this entry through the RSS 2.0 feed. You can leave a response, or trackback from your own site.