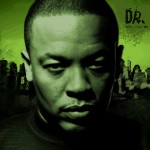 This is the first song supposedly to be released off Dre’s Detox album, it’s been 8 years in the making. It features Snoop Dogg & Akon, there is a hook that sounds like Nate Dogg but it hasn’t been confirmed nor is he credited. Some sources, including MTV say it’s Timbaland.

As of April 2010, Nate Dogg was still in the process of recovering from a pair of strokes. He was relearning how to speak and regain his body movement. Some listeners don’t think its him since he couldn’t record in his condition. It is however possible that they could have used a pre-recording of the hook before his current health issues occurred. At this time it’s still unknown.

This entry was posted on Sunday, November 21st, 2010 at 1:07 am and is filed under Music. You can follow any responses to this entry through the RSS 2.0 feed. You can leave a response, or trackback from your own site.