Lamborghini has given the greenlight to the Sesto Elemento (Sixth Element) for a limited series production, according to the French automotive program Auto Moto’s website. 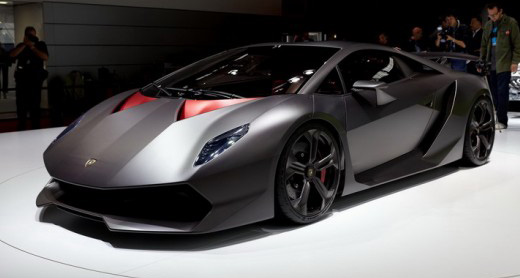 But it will be a very limited series – between 7 and 10 examples will be built. The Sesto Elemento debuted at the Paris auto show with a very impressive, if seemingly excessive, concept show car which featured a naturally-aspirated 5.2 liter V10 engine from the LP 570-4 Superleggera with 562 bhp. The car has a curb weight of just 2,200 lbs due to its extensive use of carbon and carbon-fiber reinforced plastics which includes a carbon-fiber monocoque structure.

The Sesto Elemento comes with a permanent all-wheel drive transmission and a power-to-weight ratio of 3.9 lbs per horsepower. The 0 to 60 time clocks in at 2.5 seconds, while top speed will be well above 200 mph – reported at 217.5 mph prior to the Paris unveiling. The Lamborghini Sesto Elemento will be priced at around $3.5 million.

This entry was posted on Saturday, November 13th, 2010 at 1:16 pm and is filed under Motorsports. You can follow any responses to this entry through the RSS 2.0 feed. You can leave a response, or trackback from your own site.