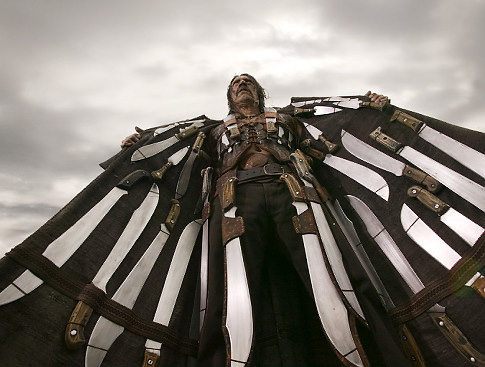 Tags: danny trejo, Desperado, From Dusk Till Dawn, Grindhouse, Jeff Fahey, Jessica Alba, lindsay lohan, machete, Michelle Rodriguez, planet terror, Review, Robert De Niro, robert rodriguezs, Sin City, Steven Seagal
This entry was posted on Friday, September 3rd, 2010 at 3:03 am and is filed under Random. You can follow any responses to this entry through the RSS 2.0 feed. You can leave a response, or trackback from your own site.

One Response to “Machete”