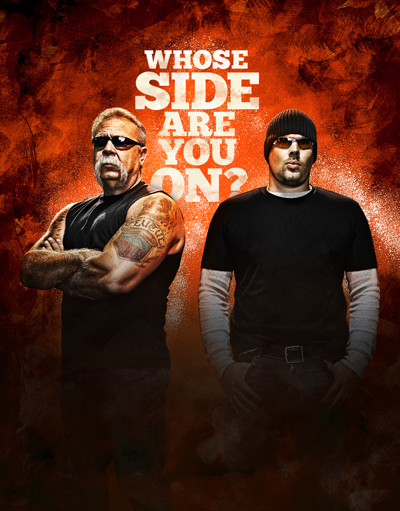 In April 2010, after a year of non-compete clause stipulated on the contract, Paul Jr. was able to start his own new motorcycle design company. Of course TLC, sister channel of Discovery, has approached Paul Jr and Paul Sr and commissioned “American Chopper: Senior vs Junior” the 7th series of the popular reality TV show. Viewers are excited at how the father and son will compete with each other.

We at EvilStar would like to wish Paul Teutul Jr and his crew lots of luck with their new shop, we’re behind you guys 100%!!!

Tags: Custom Bikes, Motorcycles, OCC, Orange County Chopper, Paul Jr, Paul Sr, Teutul
This entry was posted on Sunday, August 29th, 2010 at 1:10 am and is filed under Motorsports. You can follow any responses to this entry through the RSS 2.0 feed. You can leave a response, or trackback from your own site.