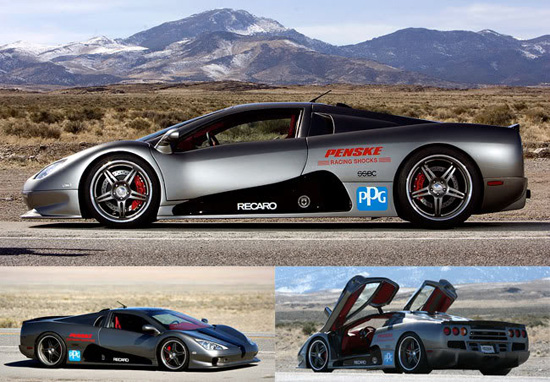 Just days ago, the Bugatti Super Sport rocketed past the SSC Ultimate Aero TT to claim the prestigious award of the fastest production car in the world. SSC (Shelby Supercars) didn’t take long to  congratulate Bugatti and to also give fair warning of a future title battle. Before the new Bugatti record, the Aero TT held the title with a 256-mph run, and it seems SSC is intent on making Bugatti’s new record very short-lived.

In a statement, the company said: “We’ve been working on a new project to debut before the end of the summer. Not much can be said at this time except that we’ll be upping the ante on all fronts.  Having famed American designer Jason Castriota as our lead design enables SSC to reflect its engineer and performance in its aesthetics. It’s impossible for us to be more thrilled about having him on board and we’re anxious to show the world what we have up our sleeve.”

Not exactly confirmation of a car capable of beating the Super Sport’s 268 mph run, but given the context, we’re hoping that’s exactly what they’re up to. As of this posting, they hadn’t yet taken the “World’s Fastest Production Car” title off their website. Come on SSC, you lost fair and square. 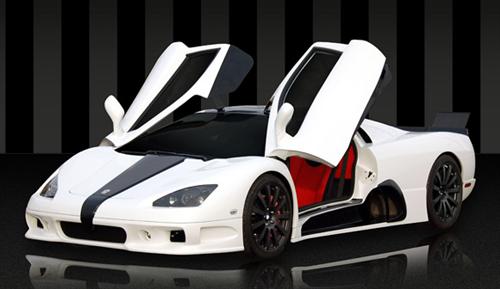 Tags: bugatti, European, Exotic, Fast Cars, Sexy, SSC, Supercar, veyron
This entry was posted on Monday, July 19th, 2010 at 2:25 am and is filed under Motorsports, Sports. You can follow any responses to this entry through the RSS 2.0 feed. You can leave a response, or trackback from your own site.

3 Responses to “SSC looking to take out Bugatti Super Sport”

Leave a Reply to RosarioFresh