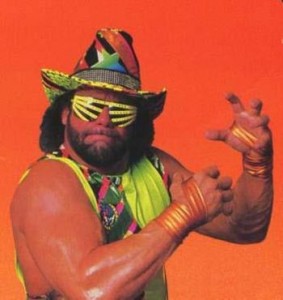 If you are in your mid to late 20s or older, you probably grew up watching Randy “Macho Man” Savage running around a ring yelling “OOOH YEAAAAAH” or saying the same catch phrase in his many Slim Jim commercials. Through out the 80s and 90s, Savage built an illustrious career wrestling in local territories and eventually making his way to the WWF (now the WWE) and WCW. You probably remember him most for wrestling side by side and against with Jake “The Snake” Roberts, The Ultimate Warrior and Hulk Hogan. And if you’re a male, you probably remember him for walking to the ring with the Lovely, Miss Elizabeth.

Today we are sad to report that Macho Man, real name Randy Poffo, suffered a heart attack while driving his Jeep Wrangler in Tampa, Florida. As a result of the heart attack, Savage lost control of his Jeep and veered off and collided head on with a tree. His wife of 1 year Lynn was also a passenger but only received minor injuries. As a result of the heart attack and injuries from the crash, Savage later died in a Tampa hospital. 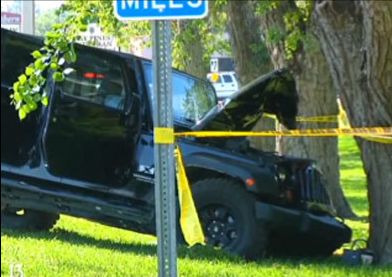 Above is a photo of Savage’s Jeep after the accident.