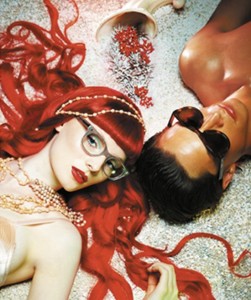 Sunglasses, what would we do without them? They stylishly keep the sun out of our eyes, and more importantly, help hide our faces after those long, crazy nights that you will never forget (or cant seem to remember). As you all may or may not know, everything in fashion recycles itself over time and right now the most trendy of people are rocking the following retro styles. 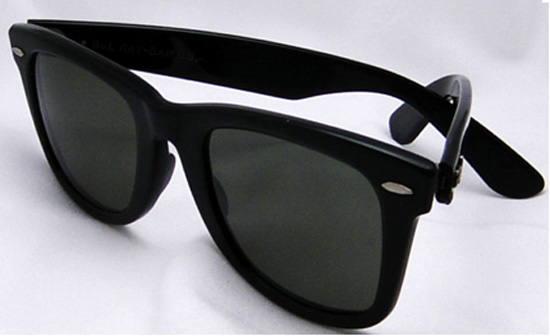 The Wayfarer (Unisex): Originated by Ray-Ban in 1952, these glasses have become a staple item for ‘cool’ kids everywhere by being possibly the #1 best selling sun glass design in history.

The Aviator (Unisex): Received their name due to the similarities to flying goggles. The original Aviators attempted to cover the full range of the human eye but variations have been flooding the market since their beginning.

I call this one the Round Eye, though there is no specific name for it. Think of Audrey Hepburn in Breakfast at Tiffany’s. This particular photo is of a women’s style by Alexandra Cassaniti and RAEN Optics but there are other variations for men as well, like the photo below made by the Row for Linda Farrow (Totally John Lennon style).

Those these styles may seem outlandish and a little strange to some, this quirky-ness is very much in style right now. Try giving your current stunner shades a  break and rock something different for a change J Who knows, you might  actually like it! 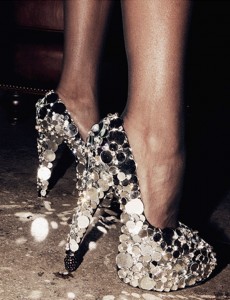 High heels, stilettos, wedges, pumps… choose your weapon, but they all scream sexy in a way that I have never really been able to grasp completely. Today, this fashion staple has given women a sense of power, sexuality, and sophistication. Fair warning, please note that this article may be a tad bias considering my love for heels. (Add my facebook page to see photos of my calf tattoo dedicated to my obsession) Anyways, the concept of the ‘high heel’ has been around for centuries, and didn’t always have such a sexy appeal…

We can give credit to the Egyptians for originating the whole concept of high heels. Murals going back to 3500B.C. depict an early version of at type of platform shoe worn by royalty and those of wealth…as well as the butchers, to help them maneuver around the bodies of the animals ( eww! ) During the middle ages this same concept was used to keep both men and women’s legs clean of mudd and other debris that accumulated in the poorly cleaned streets. In the 1400s they were called chopines, and were worn exclusively by women and used cork or wood for the heel .The Venetians evolved the chopine into a symbol of wealth and social standing for females. The 1500s gave birth to the “rider’s heel” used to give stability in the stirrups of a saddle ( kind of like the cowboy boot )

Catherine de Medici popularized a more stylish version of the riding heel that had a thinner heel. Five foot nothing Catherine de Medici wasn’t considered very pretty, and when she realized that her fiance ( The Duke of Orleans) had an extremely tall mistress who he was fascinated with, she decided to take action. She razzle-dazzled the French people with her newfound physique, and height. Mary Tudor or “Bloody Mary” and King Louis XIV were also royalty who showed interest in this high heel fashion. Marie Antoinette actually wore 2 inch heels to her execution, despite the banishment of them in 1791 by Napoleon.

Up until 1860, large heels were not popular and the growth of smaller more comfortable heeled shoes proceeded. The invention of the sewing machine obviously caused a boom in high heel history, making them much easier to produce. Though many viewed these heels as aristocratic and beneficial to health, there were those who considered heels sexually aggressive and called them “poisoned hooks”.

Thank goodness high heels have remained in fashion since then, with variations of all sorts that all women, AND MEN, can enjoy 🙂 Now for the question of the week….keep them on or take them off ; ) ?