Congratulations to Sebastian Vettel and Red Bull on their F1 championship title. Anyone who was foolish enough to write a script for the finale of the 2010 Formula One season would have been sorely disappointed with how the players treated their script. 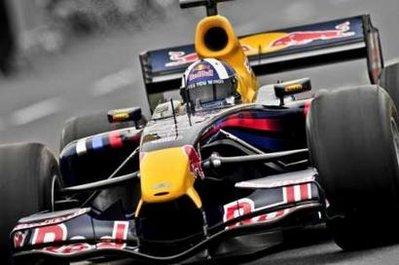 After qualifying more or less went the way everyone expected—with the exception of Mark Webber’s failure to outpace championship rival, Fernando Alonso—the race delivered surprises, disappointment and a few moments that left everyone scratching their heads.

The contenders all got off the line safely but were quickly gathered up by the safety car after Vitantonio Liuzzi’s Force India car tried to mate with Michael Schumacher’s Mercedes. While the stewards threw a bucket of cold water over the cars, a handful of drivers crucially came in to get their pit stop out of the way.

This was to prove a pivotal move, and by not following them in Webber missed his last opportunity to put himself in a position to win the championship. 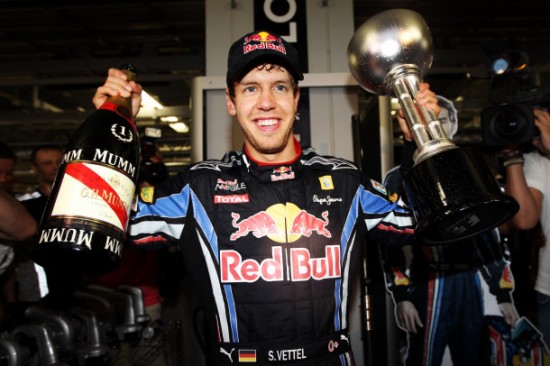 Webber’s weekend is difficult to comprehend. In practice session three, Webber was one-tenth of a second behind his teammate, in qualifying he was a half-second behind and in the race, he was even further off the pace. Conspiracy theorists might just have a case for suggesting that Red Bull knobbled his car.

Ferrari, after the elation of out-qualifying Webber, made one of the biggest tactical blunders of the season. By choosing to bring Felipe Massa and Alonso in early to cover Webber, they completely missed the fact that they would send the championship leader out behind Vitaly Petrov and Nico Rosberg.

Both of these drivers had pitted during the safety car period and therefore stood between Alonso and the crucial fourth place that he needed to win his third championship.

Lewis Hamiton’s championship chances all but evaporated when Sebastian Vettel beat him to the first corner, and then he came out behind Robert Kubica in the Renault and languished, unable to pass, and his chances of winning the race—and his razor-thin chances of taking the championship—evaporated into the balmy Abu Dhabi evening air.

Vettel, by comparison, got everything absolutely right. His only chance of winning the title was to win the race and hope that everything panned out behind him, well, exactly as it did.

Red Bull’s stance on team orders is vindicated. Had they applied those orders in Brazil as many pundits, myself included, had recommended, Fernando Alonso would have been world champion.

Vettel becomes the youngest world champion, despite not leading the championship at any time throughout the year—except today. The emotion in his voice after the race was real and perhaps allowed a sneak peak at the man behind the brash and cocky public persona. He has been the fastest driver all year, securing ten pole positions and winning five races.

He had some moments that might have cost him the championship. The collision with Webber in Turkey and the engine failure in Korea put a dent in the plans, but his unshakable confidence and the sensation RB6 car got the job done.

Webber and Alonso were devastated by how the race panned out. Alonso’s frustration was evident by some aggressive gestures at Petrov after the race, seemingly suggesting that he should have yielded to let Alonso through. Petrov responded with a shoulder shrug that suggested that Alonso should suck it up.

So Red Bull takes the double of the driver’s and constructor’s world championships to cap off what has been a dominant year.

Alonso single-handedly dragged an inferior Ferrari around the world to just miss out on the title in what was an outstanding effort truly worthy of a double world champion. McLaren took second place in the constructor’s championship after developing the revolutionary f-duct—this year’s most brilliant piece of engineering that was copied by all but equaled by none.

As the sun sets on one of the most remarkable seasons of Formula One, we can only hope that all of the changes that are to be introduced for 2011 will realize another tight, five-way battle that goes down to the last race.

This entry was posted on Sunday, November 14th, 2010 at 11:53 pm and is filed under Motorsports, Sports. You can follow any responses to this entry through the RSS 2.0 feed. You can leave a response, or trackback from your own site.

One Response to “F1 Champion Emerges”